The San Joaquin River Restoration Program is the direct result of the San Joaquin River Restoration Settlement reached in September 2006 by the U.S. Departments of the Interior and Commerce, the Natural Resources Defense Council (NRDC), and the Friant Water Users Authority (FWUA). The Settlement, which followed an 18-year lawsuit, received Federal court approval in October 2006.

The Settlement is based on two goals: 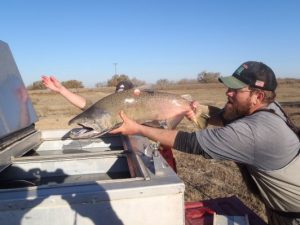 Restoration: To restore and maintain fish populations in “good condition” in the main stem of the San Joaquin River below Friant Dam to the confluence of the Merced River, including naturally reproducing and self-sustaining populations of salmon and other fish. 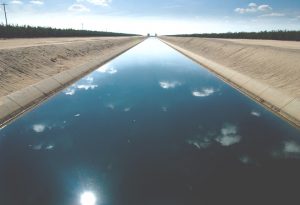 Water Management: To reduce or avoid adverse water supply impacts to all of the Friant Division long-term contractors that may result from the Interim Flows and Restoration Flows provided for in the Settlement.

Planning and environmental studies are currently being completed under the authority and funding of the Central Valley Project Improvement Act (CVPIA). Signed in 1992, the CVPIA included provisions for developing a restoration plan for the San Joaquin River and instituted a fee structure for Friant Division contractors for such activities.

With the passage of Public Law 111-11 in March 2009, the Settlement establishes the San Joaquin River Restoration Fund (Fund). Approximately $17 million per year of payments from the Central Valley Project Friant Division would be deposited into the Fund to be available without further appropriations to implement the provisions of the Settlement.

Funding by the State of California will also support the Settlement. In November 2006, State propositions 84 and 13 were passed by the California voters and should provide about $200 million of State bond funds for projects that will directly contribute to the restoration efforts.

Funding for the implementation of the Settlement will come from several sources:

Map of the Restoration Area

The Program Restoration Area is 150 miles of the San Joaquin River from the base of Friant Dam to the river’s confluence with the Merced River downstream. In 2018, the SJRRP underwent a planning process which produced the Funding Constrained Framework. Below is a map showing the reaches, prominent landmarks, and key co.mponents of the Framework (click here for a printable version of the map below). For an interactive Overview Map, click here Have more questions about the SJRRP? Please send any questions to the Public Affairs Specialist, Josh Newcom, snewcom@usbr.gov or call him at (916) 978-5508.