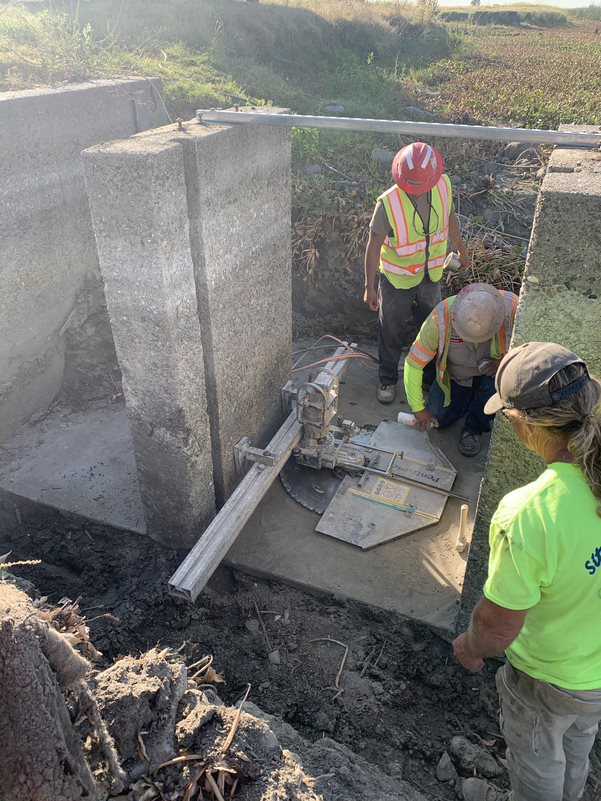 In another step forward for the Program, the upper weir on the Merced National Wildlife Refuge has been successfully removed to aid with fish passage in the Eastside Bypass.

The weir is the second such diversion weir removed by the Program for fish passage improvements in the Eastside Bypass. The weirs, which were constructed to create seasonal pools for migratory birds on the Refuge, were a partial barrier to adult Chinook salmon and many other native fish. The removals were made in close coordination with the US Fish & Wildlife Service, which oversees use of the weirs. The Program also has coordinated with the refuge to provide an alternate water supply to Refuge wetlands.

Below is a timeline of the upper weir removal which was completed in the summer of 2021.

More information about Reach 4B, the Eastside Bypass and Reach O Levee Improvements in the bypass can be found by clicking on the links.