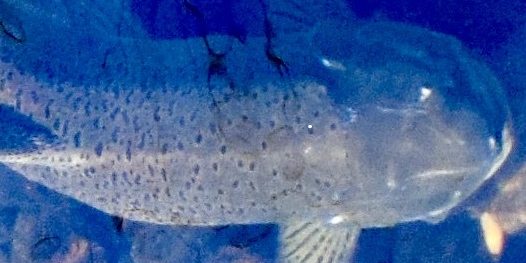 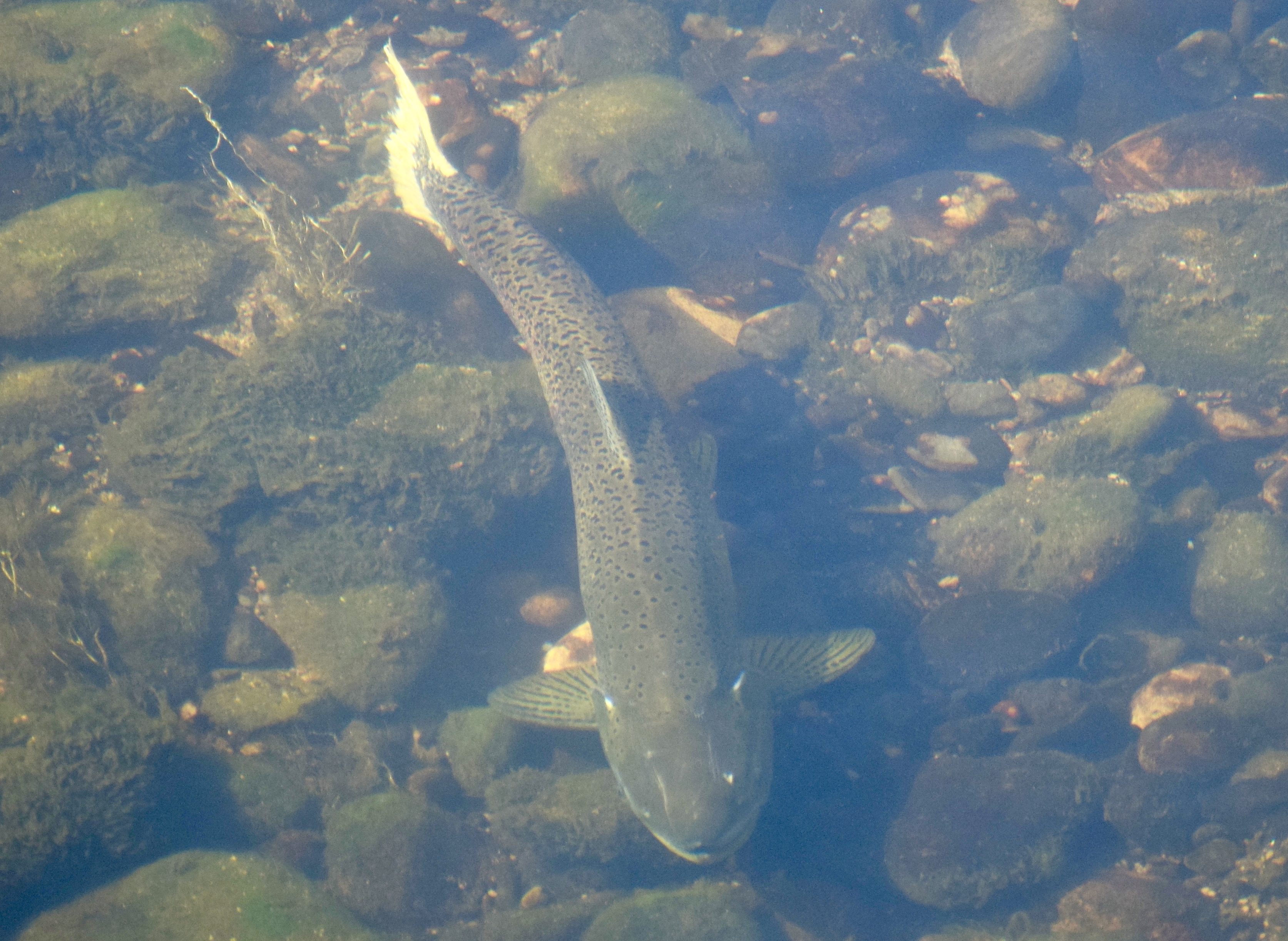 Reaching a new milestone, the San Joaquin River Restoration Program (Program) has recorded a record number of spring-run Chinook salmon redds (fish nests) this season – four times the number discovered last year. Last year, the Program recorded 40 redds, but counts this year have so far surpassed 200. Making the benchmark even more momentous is the realization that many of this year’s redds were likely created by salmon returning to their native stream on their own to spawn – what Program biologists are calling “volitionally passed” fish – despite obstacles inhibiting upstream migration.

“We appear to be seeing spring-run Chinook able to make it up into the Restoration Area on their own to spawn,” said Donald Portz, Program Manager. “It’s likely spring-time high flows provided an opportunity for fish to get over obstacles that would normally limit their ability to migrate,” he said. A series of small dams and diversion structures in the river main channel and the Eastside Bypass present serious passage impediments for fish traveling upstream in the San Joaquin River.

“The discovery is really interesting since this year only 37 ancillary female adult broodstock were released to the river in May and August,” he said.

The broodstock are hatchery-raised adult spring-run Chinook not selected for hatchery spawning (see video) and are released to the river, along with males, for scientific study. Field biologist observations seem to corroborate a high number of volitionally passed salmon in the system.

“The majority of the fish that we’re seeing in the river spawning right now don’t appear to have tags,” said Lori Smith, a Program fish biologist with the US Fish & Wildlife Service, Lodi Fish and Wildlife Office, who is overseeing redd and carcass surveys as part of the Program’s spring-run monitoring efforts. The ancillary adult spring-run Chinook hatchery fish released to the river have multiple identifications including colored T-bar tags in their dorsal fin, a coded-wire tag inserted in their snouts and a clipped adipose fin to identify them as hatchery-bred. Smith said while fish without a visible tag could mean they somehow lost their tags, the prevailing hypothesis is more likely that they’re natural returns that made it from the ocean to the upper river on their own.

“We’ll be able to confirm the origins for certain once we conduct genetic testing of the carcasses,” she said.

Salmon die after completing their spawning cycle. So far, over 160 spring-run carcasses have been discovered to date – most of which were untagged and likely natural returns – adding credence to the volitional passage hypothesis.

“The volume of returns is a complete surprise,” said Pat Ferguson, a Program fish biologist with the California Department of Fish & Wildlife which oversees operations at the interim Salmon Conservation and Research Facility. Ferguson said he expects to see more redds created in the coming weeks.

This year’s historic redd count dovetails with another historic Program milestone this April when the first spring-run made a return to the river since the advent of the Restoration Program (story here). A total of 23 returning adult spring-run were trapped during seasonal monitoring in April and May, most of which were trucked to the uppermost river reach (Reach 1) just below Friant Dam and released.  Genetic testing of those fish determined most of them were released as juveniles in March 2017 before they migrated 370 miles to the Pacific Ocean and returned as adults two years later.

Currently, Programs crews from US Fish & Wildlife, the California Department of Fish and Wildlife and the US Bureau of Reclamation are conducting field monitoring of soon-to-be hatched fry using rotary screw traps (below) and emergence net traps. Both traps will provide biologists with insight as to the total number of fry (newly emerged from egg fish) and eventually, par and juveniles, which were hatched into the river from the adult returns.

Listen to a radio story about the monitoring efforts here!

For more information about this story, please contact Josh Newcom, Program Public Affairs Specialist at snewcom@usbr.gov or via phone at 916-978-5508.