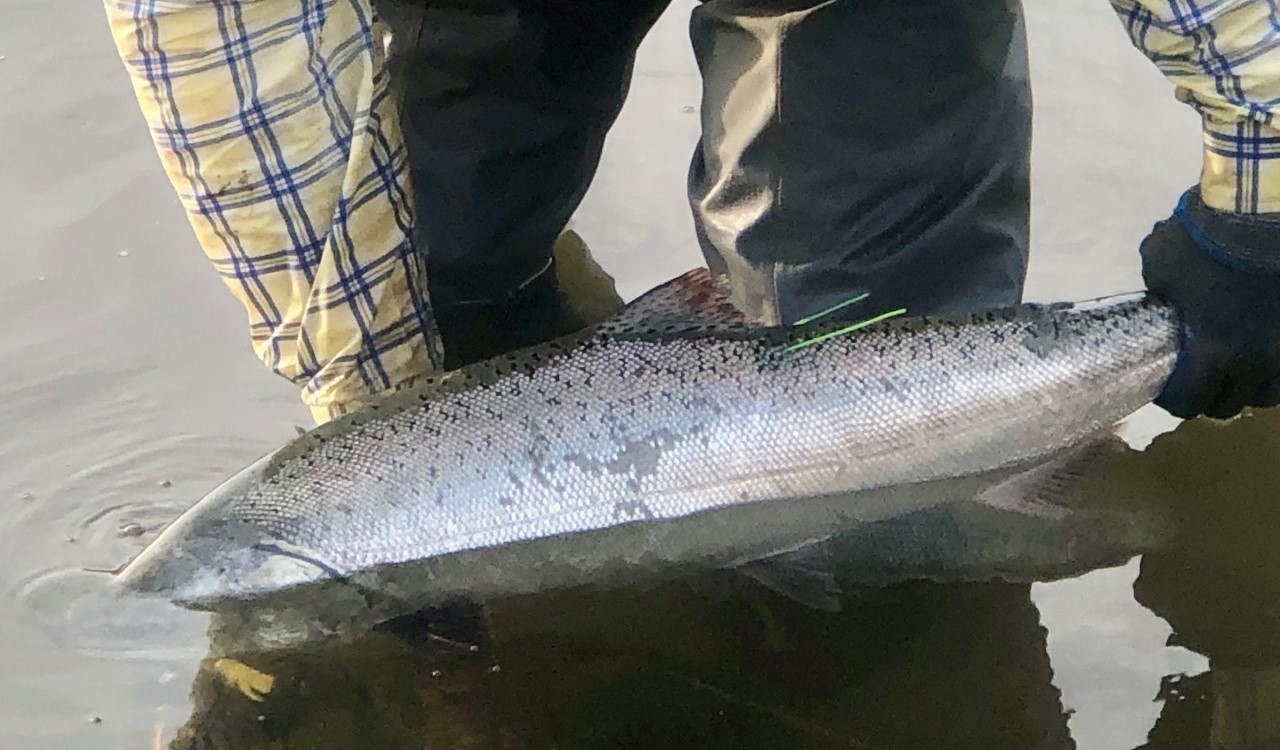 For the second year in a row, spring-run Chinook salmon have returned to the San Joaquin River.

“The capture of returning spring-run adults indicates that the return of the spring-run Chinook last year was no anomaly,” said Don Portz, San Joaquin River Restoration Program, Program Manager. “All of the hard work from Program staff is paying off, and we are excited at the prospect of another successful spawning year for these fish,” he said.

Both fish were adipose fin clipped indicating they are of hatchery stock. A coded wire tag was detected in one fish which can eventually help determine fish origin. Coded wire tags from carcass recoveries of last year’s returns indicated all of the fish recovered were from Program juvenile fish releases. The fish caught Thursday were tagged using an external marker, had tissue samples taken and were transported via tank truck to Reach 1 of the river below Friant Dam where they were successfully released.

As with last year’s historic returns, the pattern indicates that hatchery raised juveniles released into the system are returning as adults after several years to spawn and continue the cycle of life. Fish biologists determined that 2019 returns created over 209 redds (fish nests). Currently, field crews are catching offspring from those returns in rotary screw traps used to monitor natural juvenile production from the redds.

Here is a recent article from UC Davis about the Program’s spring-run recovery efforts.

Below is a map indicating the discovery and release site: